Since the 1970’s there has been a trend in the beef cattle industry to select for larger cattle. This has been the result of a dogged pursuit for heavier weaning weights, higher yearling weights, desiring to bein the top 10% of breed EPDs in growth traits, and “producing what the packer wants”. The problem is none of the above makes you any money in terms of pure net profit. Rather, the pursuit of larger, bigger, heavier often comes with a high price tag that wipes out net margins. You may have breakfast diner bragging rights but that won’t pay for your breakfast.

So, how do we determine the right sized cow for our own farm? It all goes back to my first article in this series on the most important traits for a profitable operation. Those traits are longevity, adaptability, fertility, and soundness. If you are selecting for those traits in your cattle and relying on your cows to make their own living through grazing, then you will be able to quickly sort out the cattle that are not working. Those that do work will almost always fit within a tight mature body weight and frame score range. Now, this requires you taking away the “props” on your cattle and making them work for themselves.

The mature body weight range and frame score range on cattle that can work to support themselves usually settles in at 900 to 1200 lbs and a frame score of 3.0 to 5.0. How do I know this? Because I spent many years collecting data across the Southeast for IRM SPA analysis (Integrated Resources Management – Standardized Performance Analysis). This data examined the production and financial performance of cow/calf operations in the Southeastern U.S. Since that time, my continued work consulting throughout different regions of the U.S., Canada, and Mexico has confirmed the IRM data. It really doesn’t matter where you are located, the most profitable cows are going to fit within the range I just defined.

Data produced by the USDA ERS shows cow-calf production costs from 1996 to 2016 (https://www.ers.usda.gov/webdocs/DataFiles/47913/RUSCowc.xls?v=42856). During that time period total feed costs (pasture, harvested forage, supplemental feed, mineral) for the average herd ranged from $267/cow to $437/cow. Total operating costs ranged from $444/cow to $635/cow. When you take all true costs into consideration (including labor, opportunity costs of land, taxes and insurance) then total annual costs per cow quickly jumped to a range of $866/cow to $1375/cow. With weaned calves (550 lb avg) in the southeast worth $1.49/lb last week that is a gross return against expenses of only $819, meaning the average cow-calf producer is not making any money.

How do we get expenses down and net revenue up? By controlling cow size and focusing on pounds of calf produced per acre rather than pounds of calf produced per cow. Data from Dr. Kris Ringwall and Dr. Lee Manske at North Dakota State University found that for cows with a mature body weight (in a BCS of 5.0 – 6.0) of less than 1300 pounds, the monthly forage dry matter (DM) intake averaged 933 pounds with average calf weaning weights of 617 pounds. Cows weighing 1300 pounds to 1400 pounds required 997 pounds of monthly DM intake and weaned calves weighing 611 pounds. Cows weighing between 1400 and 1500 pounds required 1051 pounds DM monthly and weaned calves weighing 589 pounds. Cows weighing  between 1500 and 1600 needed 1101 DM monthly and weaned calves weighing 572 pounds, whereas cows weighing more than 1600 pounds required 1188 pounds DM monthly with calf weaning weights averaging 572 pounds (Table 1). What is interesting is that Dr. Ringwall made the direct statement that he knows producers will not view the data as logical. However, it is real and larger cows do tend to wean a significantly lower percentage of their body weight, thus producing a smaller weaning weight calf by comparison. This is in spite of the fact that the larger body weight cows often
produce calves with a heavier average birth weight.

Similar data from the Southeastern IRM data that I collected over a period of 15 years shows that as cow mature body weight increases (at an average BCS between 5.0 and 6.0), carrying capacity on the same acres decreases, while pounds of forage DM required increases and annual forage and feed costs goes up substantially (Table 2). On the same acres a producer can maintain 100 cows weighing 1000 pounds, only 67 cows weighing 1500+ pounds can be maintained (without additional supplement). Their daily DM requirements go up significantly along with their annual cow maintenance costs for forage, feed, and supplement. The average annual forage/feed cost for a 1000 pound cow was $437 while the average annual forage/feed cost for a 1500 pound cow was $657. I would prefer to be able to run 33 more cows (1000 lb cows) on the same acreage and generate more total pounds of calf per acre than run 33 fewer cows (1500 lb cows) and generate far fewer pounds of calf per acre annually.

If we examine the impact of mature cow size on realized profitability, it becomes apparent that smaller cows generate significantly greater value on the same acreage compared to large cows (Table 3). The smaller cows produce a greater percent calf crop, more total calves at weaning, and higher calf value per pound of calf weaned, plus more total gross and net revenue. Bottom line is that the 1000 pound cows in our data sample generated an average of $28,284 more total income off the same acres when compared to the 1500 pound cows.

In summary, a producer simply can’t afford to run big cows. The return just isn’t there. Data from both the North Dakota region and the Southeastern U.S. strongly suggests that smaller mature body weight cows are far better at producing a higher gross and net revenue than large cows. As a side note, I have found that the smaller cows also have far fewer problems, have longer productive lives, and are usually easier to handle. So, what do we want? Bragging rights on who has the largest weaning weight calf or bragging rights on who has the largest bank account?

The Circle of Life 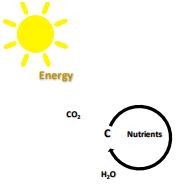 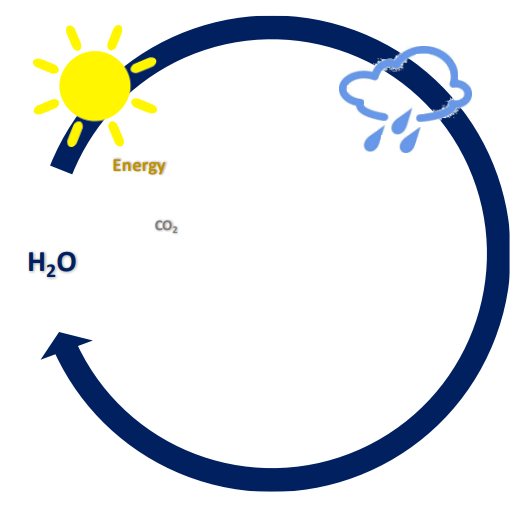