Tribute to a Grazing Hero

Tribute to a Grazing Hero
Allen R Williams, Ph.D.
Once in every few generations someone comes along who defies all conventions and turns things on their ear. To do this, it takes a truly unique person who does not care what their neighbors think or what the world thinks. Instead, they doggedly pursue what they believe to be right.
Such a person passed away from this world just a few weeks ago. That person was Neil Dennis from Saskatchewan, Canada.
Neil taught us that we can do what we did not believe possible. When “mob” grazing was all the rage, he pushed the boundaries beyond what most were willing to do, toying with stock densities that seemed to defy all logic, going to and above a million pounds per acre.
Neil was a simple man who enjoyed life and who initially resisted making any changes on his farm. He went to a workshop only at his wife’s insistence and then spent the next several years trying to prove the concepts he heard wrong. Instead, he discovered that they worked even better than what was presented. What he heard and what he did changed his life and saved his farm. That takes real courage, real persistence, real fortitude.
I distinctly remember when Neil had a conversation with me about measuring plant brix. He had never done it before and wanted to know how to do it. I gave him a quick rundown on brix and he latched onto it like a new found toy. A number of times he would call me all excited about his brix readings, “Allen, you won’t believe where my brix levels are! I measured brix today at 28%!”.
Neil was humorous, self-deprecating, and an absolute joy to be around. His enthusiasm was infectious. He was also sneaky smart. He taught us that we can do far more than we believed possible with our grazing and its impact on the soil and the ecosystem. He set the bar that we all should aspire to measure up to. And he did it all with grace, dignity, and incredible humor.
If you did not know Neil, I encourage you to watch the original Soil Carbon Cowboys film (www.soilcarboncowboys.com). The film captures Neil and his personality incredibly well.
We will miss Neil dearly but his contributions to this world will continue to impact us for many generations to come. Neil Dennis --- Grazing Pioneer, Guru, Advocate, Hero, and Mentor to all. 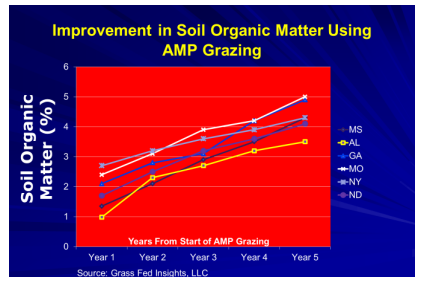